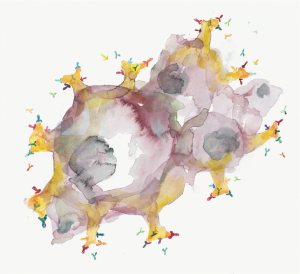 SAB Biotherapeutics has developed a first-of-its-kind therapeutic engine—unleashing the power of the body’s native biological defense system to produce immunotherapies that truly match and overpower the complexity, diversity, and evolution of human disease.

This new class of immunotherapies opens the door to new medicines that are safer, more effective, and longer lasting than current antibody therapies.

SAB Biotherapeutics (SAB), a clinical-stage biopharmaceutical company, advancing a new class of immunotherapies leveraging the native human immune response, announced today it has been awarded a contract from the U.S. Department of Defense (DoD) to develop and test a Rapid Response Antibody Program, valued at up to $27 million.

Stage 1 of the contract, totaling $3.4 million, began in September of 2019 and continues through May 2020; demonstrating the platform’s potential to meet the DoD’s requirements for producing safe and efficacious cGMP material in less than six months at current scale. Stage 2 increases the scale of production to meet the DoD’s target number of doses of prototype drug product and fully-implemented demonstration of readiness. Stage 3 calls for production of an antibody product to an unknown threat, selected by the DoD in a “live fire” exercise as well as clinical activity through a Phase 1 trial.

“We have an obligation to apply our proprietary capabilities to produce high-potency immunotherapies to virtually any target on a large scale, to a rapid response capacity,” said Eddie J. Sullivan, PhD, SAB Biotherapeutics president, CEO and co-founder. “Our therapies leverage the native immune response thereby providing a highly-specific match against the complexity, diversity and mutation of disease.”

The company has developed more than a dozen effective antibodies from its DiversitAb platform in response to infectious disease targets during outbreaks of Ebola, Zika, Dengue and others.

“For a new disease target, we’re able to move quickly to a proof-of-concept in about 90 days,” added Sullivan.

“Infectious disease has been a strategic proving ground for our platform,” added Sullivan. “If we can perform under the most demanding of scenarios to challenging targets, it builds confidence that translates to a broader array of therapeutic programs,” Sullivan said.

“This initiative is solidifying a place for targeted human polyclonal antibodies in the immunotherapy space, showcasing the power of the native human biological immune response,” added Sullivan. “More importantly, we’re providing an innovative new tool in the medical countermeasures toolbox.” 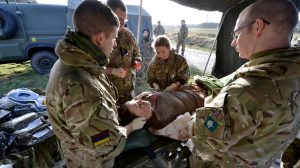 These measures are part of prudent contingency planning to respond in a timely way to any request from other governments departments or civil authorities for support during the COVID-19 pandemic.

So far, the military have assisted with repatriation flights from China and Japan. They are also providing specialist military planners to Local Resilience Forums who are providing support to public services, local authorities and emergency services in preparing their response to the COVID-19 outbreak. Today, the MOD can announce further preparation ready to support public services if required:

Defence Secretary Ben Wallace said: “The men and women of our armed forces stand ready to protect Britain and her citizens from all threats, including COVID-19. The unique flexibility and dedication of the services means that we are able to provide assistance across the whole of society in this time of need.”

“From me downwards the entirety of the Ministry of Defence and the armed forces are dedicated to getting the nation through this global pandemic.”

There are well-rehearsed mechanisms in place for the military to provide support to civil authorities in times of need. Most recently the military has been called on to support the government’s response to flooding.

Defence is fully engaged with other government departments, the devolved administrations and local authorities to establish how best it can support over the coming weeks and months.

The Standing Joint Command will be the Command and Control Structure for the COVID Support Force, which represents the MOD’s contribution to the government response.

“Putting more personnel at a higher state of readiness and having our Reserves on standby gives us greater flexibility to support public services as and when they require our assistance.”

“The COVID Support Force, potentially drawing upon our highly skilled scientists at the Defence Science and Technology Laboratory or oxygen tanker drivers, will form part of a whole force effort to support the country during its time of need. Our servicemen and women are committed to maintain our operational output and delivering any support the government requires.”

Earlier diagnoses of injury (e.g., traumatic brain injury) can prevent inappropriate return-to-duty of Warfighters who may put themselves and others at risk. 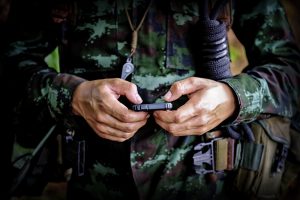 Charles River Analytics Inc., developer of intelligent systems solutions, has been selected as a prime contractor under DARPA’s Warfighter Analytics using Smartphones for Health (WASH) program, performing under both technical areas. Early detection of illness and injury often yields a better prognosis. For example, if left undetected, infectious diseases can spread quickly through a population, endangering Warfighters and their missions, as well as the general population.  END_OF_DOCUMENT_TOKEN_TO_BE_REPLACED

The same strategies used by the U.S. military can be tuned to help healthcare executives stay nimble and prepared for real threats.

Hospitals are facing attacks from every angle, whether it be their domain name system or the connected medical devices keeping their patients alive. Compounding this issue is the fact that few specific healthcare guidelines for training and readiness exist beyond compliance checklists. Even the 2017 report from the Health Care Industry Cybersecurity Task Force stated that the NIST frameworks do not offer enough guidance specific to the healthcare industry.

END_OF_DOCUMENT_TOKEN_TO_BE_REPLACED 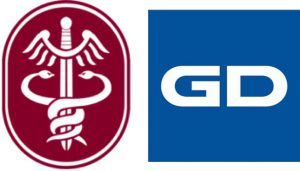 General Dynamics Information Technology, a business unit of General Dynamics, was awarded a contract by the U.S. Army Medical Command for professional training and operations services in support of the U.S. Army Reserve regional training sites-medical program. The single-award contract has a potential value of approximately $58.9 million for a one-year base period with four option years.

Under the contract, General Dynamics will provide customized medical training and exercises. Work on the contract will be performed at more than 15 locations throughout the country. END_OF_DOCUMENT_TOKEN_TO_BE_REPLACED 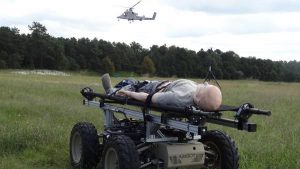 The Navy recently tested its Common Control System (CCS) during a Tri-Service demonstration that showed the potential use of unmanned systems for automated medical casualty evacuations. 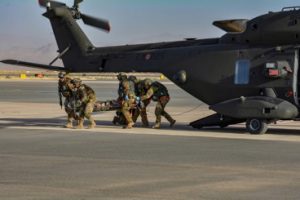 Herat – Late June 2016, some of the Italian national contingent departments operating in Afghanistan have conducted a complex Aeromedical Evacuation – MEDEVAC – exercise to test procedures, coordination and reaction timing of all the various units which have to intervene in case of emergency medical transport to be performed with the use of helicopters. This intervention capacity is very important in the Afghan theatre, and must always be maintained at the highest levels of efficiency and readiness.

END_OF_DOCUMENT_TOKEN_TO_BE_REPLACED 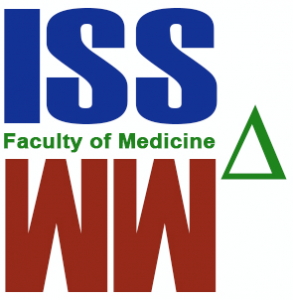 As part of the Academic Path of the II Level International Master ISSMM, whose contents and whose purposes are available online on the website ISSMM – University Tor Vergata (here), in addition to course lectures, the Governing Council has designed and organized various other events such as Conference, Seminars, Workshops, Study Days, taught by recognized High Professionalism and Experience Speakers and sometimes in synergy with Organizations / Research centers, public-private, civil-military institutions to pursue the objectives of Excellence of said Master. (see video)

END_OF_DOCUMENT_TOKEN_TO_BE_REPLACED

The Department of Veterans Affairs announced 21 awards on its massive Transformation Twenty-One Total Technology Next Generation (T4NG) contract for IT infrastructure, operations and cybersecurity services.

END_OF_DOCUMENT_TOKEN_TO_BE_REPLACED

Flirtey is a drone delivery company from Australia specializing in last-mile delivery using unmanned vehicles, and it recently marked July 17 as a day going down in history—the first drone delivery, government-approved, in the U.S., with packages of medical supplies getting to its source, a clinic in Virginia. (see video)